How To Make Sourdough Bread More (or Less) Sour 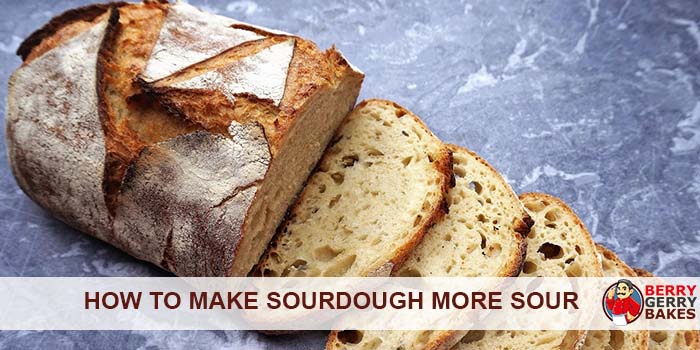 Wondering how to make your sourdough more or less sour so that you and your family can enjoy the taste? You are at the right place. Most kids prefer a more mild and mellow sourdough bread taste while adults like it to be super sour. 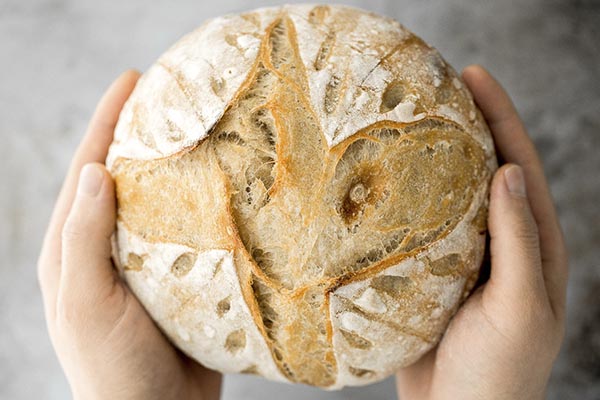 How can you make your sourdough more (or less) sour?

The acidity level of sourdough is mostly determined by the bread’s flavor. There are two acidity levels present in sourdough bread. These levels provide it with different flavors.

If you increase the level of acetic acid in your sourdough, the amount of sourness in the loaf will also increase.

The benefit of making sourdough bread at home is the ability to adjust the sourness level so that you are able to bake bread containing the right amount of sourness you prefer. 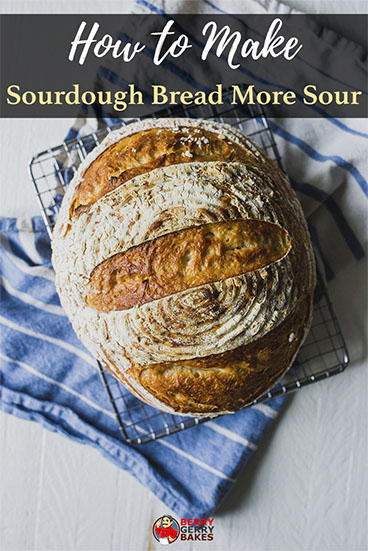 How to Make Sourdough More Sour

Depending on how you handle your sourdough starter to how the shaped dough is proofed before it’s baked, there are a couple of tricks you can use to manipulate the initial flavor of the loaf. The most important thing is to achieve a sourer flavor by using natural methods to increase the level acetic acid in your loaf.

Also in this article is a useful table containing a summary of what can be done during different stages so that you’re able to manipulate how sour the sourdough becomes. 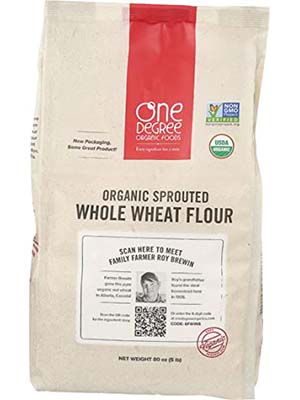 Since whole grains have complex carbohydrates that are responsible for the production of the bacteria present in acetic acid compared to white flour.

Quick Tip: Using whole grain flour will leave you with a denser bread, so make sure that you’ve adjusted the ratio of whole grain to white flour used in making your sourdough bread so that you have the perfect balance between sourness and density of your loaf.

#2. Fermenting the Dough for a Longer Time

When sourdough is left to ferment for a longer time, the more sough it becomes. So, if you’d like your bread to be very sour, make sure that it stays for a prolonged period. During the fermenting process, the dough eats up starches and sugars that are found in the flour. This in turn finishes the sweetness level of the flour and instead leads to an increase in sour flavor. There are bakers that ferment their sourdough for an extra two to three days so that they have a higher level of sourness.

Note: If the sourdough is being used for the health benefits it comes with, ensure that it is left to ferment for a total of six to eight hours because this is enough time for the entire dough to ferment. This will provide you with real sourdough loaf with the mildest flavor.

Enriched sourdough recipes have ingredients like oil, butter and milk included in them. The additional fats will only make the texture softer and reduce its sourness, leaving you with a milder flavor. So, if you want your dough to be very sour, don’t add such ingredients.

A traditional sourdough recipe comprises only water, flour and salt. If you want to achieve a more sour flavor, keep the recipe simple.

Rye flour (and whole rye flour) has quite complex carbohydrates and an outstanding set of enzymes. If you use rye flour to make your sourdough, it will produce some unique sugars that are responsible for a higher level of production of acetic acid. 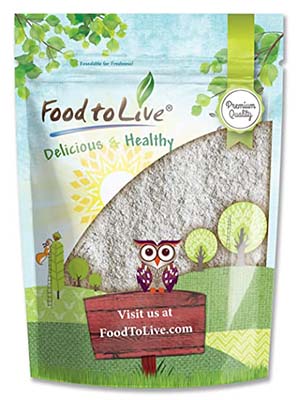 FUN FACT: Rye flour isn’t popular in commercially baked loaves. Since it contains some unique characteristics, it makes the bread have a gluey texture.

#5. How Much the Sourdough Texture is Fed

If your starter is fed often, it will get a milder flavor. When the starter goes for a longer time without being fed, it develops more acetic acid (or hooch).

Try following a less frequent feeding routine so that the starter can have a more sour flavor. However, make sure that the feeding times aren’t very scarce because so that it doesn’t starve and you end up without any bread.

A mature stater can be fed once after every 2 days so that it can remain active and still be able to provide you with the kind of sourness you want.

Most bakers don’t keep the hooch that matures at the top part of the sourdough starter. This brown liquid is created when the starter doesn’t have food and it contains a lot of sour flavors. Instead of pouring out of the jar, mix it into the starter when you’re feeding it so that there is additional sour flavor.

By mixing your starter you’re helping it to get more oxygen from the environment. Oxygen allows acetic acid to be created which is responsible for the development of more sourdough.

If you’ve been making your starter from scratch, then you know that it doesn’t grow in full depth until it has stayed for a couple of months. When the sourdough starter matures, it has a lot of sour flavor.

Don’t be in a rush, let the sourdough mature over time.

One of the easiest ways for adjusting the sourdough starter’s flavor is with temperature. When the sourdough is given enough time to ferment, it will get a more sour flavor.

Therefore, one of the best methods to ferment your sourdough for a longer time is to slow down the process by storing it in cool temperatures so that it can ferment slowly.

#10. Feed the Sourdough Starter After It Has Reaches its Peak

The level of sourness is also determined by when it is fed. If you want your starter to be a lot sour, feed it a couple of hours past its peak time. This provides it with more time for the development of the acid that makes it more sour.

If you don’t want it to be very sour then feed it before it reaches its peak.

QUICK TIP: This applies to any recipe you decide to use because if you feed it past its peak, the sourdough starter will become more sour. To avoid this from happening, use it while its still in its early stages and contains a milder flavor.

If you didn’t know this, the temperature of the water used to make sourdough starter greatly affects the initial flavor. Most recipes recommend you to use warm water so that both the bacteria and yeast are active. It also plays a major role in how sour the starter becomes.

The water should be at least 90 degrees F for your starter to be more sour.

[/su_note] CAUTION: Don’t use very hot water because it will just kill your sourdough starter. [/su_note]

If you use a lot of sourdough starter it means that your dough will ferment faster. The dough won’t have enough time to develop the required amount of acetic acid. Therefore, the dough will have a lot of acetic acid which will just give it a mild sour flavor like that of yoghurt.

When baking soda is added to the dough it will boost its ability to rise, but since it is very alkaline, it will only neutralize the acids found in the sourdough, resulting in a neutralized flavor as well. 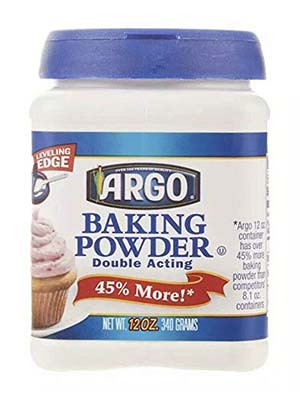 See on Amazon
QUICK TIP: When baking soda is added right before shaping is done, the dough will rise further. This will be good for reducing the sour flavor of whole grain loaves without affecting how it rises.
[put photo]

You can increase the level of sourness in your sourdough starter by degassing it from time to time. This is possible because bacteria will look for new sources of sugar that it can feed on. The dough will then be able to:

The fermentation process can also be prolonged by the final rise. After shaping is done, let the bread sit in the fridge or place it in a cool place so that the second rise can happen slowly. This allows the dough to become more sour.

#16. Use a Stiff Sourdough Starter

If the sourdough starter you’re using contains a lower hydration level, it will affect the flavor. If the starter is very wet, it will be able to create a lot of lactic acid enabling the sourdough to have a milder flavor like that of yoghurt.

However, a dry sourdough starter creates a lot of acetic acid, which will give it a lot of flavor. You can adjust the sourness by adjusting the hydration level of the starter until you have your desired flavor.

QUICK TIP: Don’t forget to play around with your recipe to match the adjusted hydration level you want your sourdough starter to have, for instance, if a little water was used, you might have to add more water to the recipe.

A preferment is just a bridge between the dough and the starter. This can be done by feeding a big amount of flour to a small amount of starter. You can then use the preferment a couple of hours later as a starter for your recipe instead of a starter itself.

A preferment will not only increase your dough’s rising power, it will also increase the amount of acid which in turn will increase the sourness of the dough.

This is determined by how sour you want your dough to be because the place where it is stored, the taste of your bread also depends on where you live.

The yeast and wild bacteria that are present where you live add quite a unique flavor pallet to your starter. So, if you like the popular San Francisco sourdough loaf, you’re left with no other choice than to move to San Francisco.

Since relocating to a different state because of sourdough isn’t an easy thing to do, you can use any of the other steps to make your starter sour enough from the comfort of your home.

FUN FACT: The flavors of a sourdough starter take a couple of months to adjust to the new environment, so fi you really long for some San Francisco sour bread, get yourself some San Fran starter that you can use at the beginning for your sourdough journey.

How to Make Sourdough More Sour

Below is a table containing some of the ways you can use to adjust the sourness of sourdough bread. Apply some of them to be able to achieve the desired sourness for your bread.

BerryGerryBakes.com is a participant in the Amazon Services LLC Associates Program, and may earn commissions on any sales made through affiliate links on this website. Disclaimer: Amazon and the Amazon logo are trademarks of Amazon.com, Inc, or its affiliates. 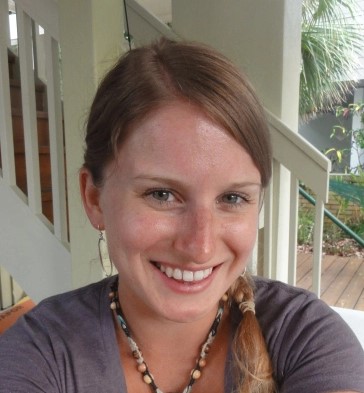 Berry here, with some micro bakery action out of Falls River, MA.

I’m happy to pull on my checkered bakers pants twice a week and bake up a little storm. My doughs are hobby sized, typically 12 loaves to the batch, I’m making an attempt to pull some decent bread out of the oven and I’m enjoying it immensely.

This site is simply a gallery of one doughheads meanderings and a collection point for bakery musings, links & snippets.

Thanks for the visit!

BerryGerryBakes.com is a participant in the Amazon Services LLC Associates Program, an affiliate advertising program designed to provide a means for sites to earn advertising fees by advertising and linking to Amazon.com.

This error message is only visible to WordPress admins
Error: There is no connected account for the user 574590660. 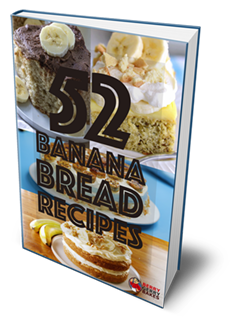 We've Sent the Ebook in Your Email!